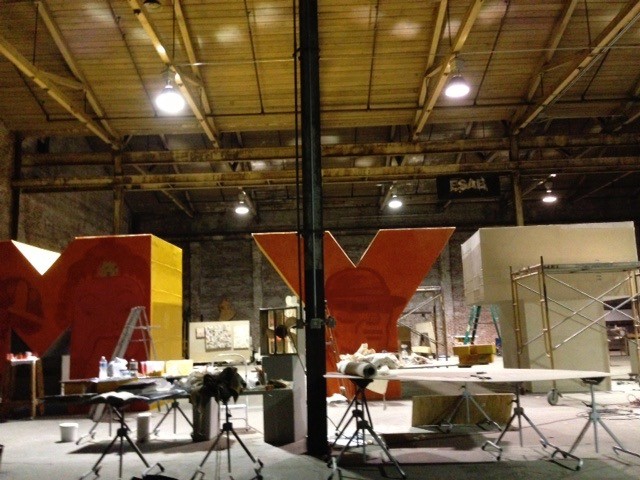 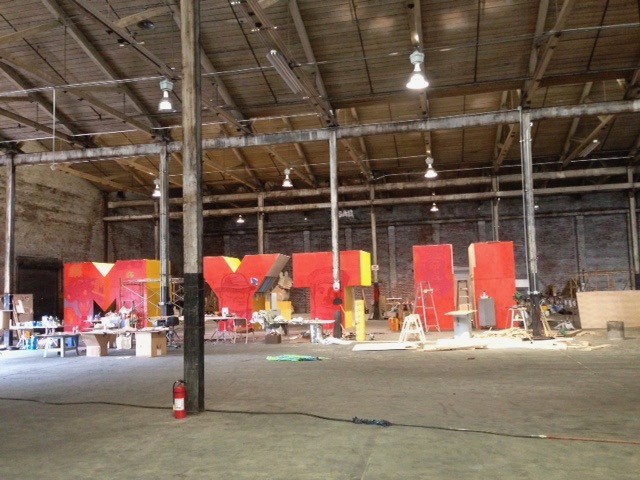 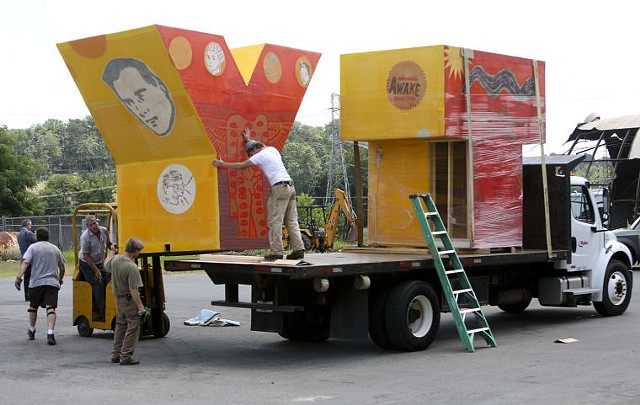 Transporting MYTH from the studio 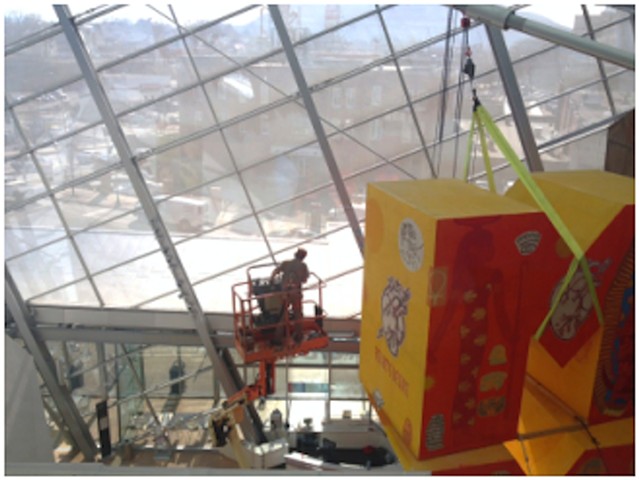 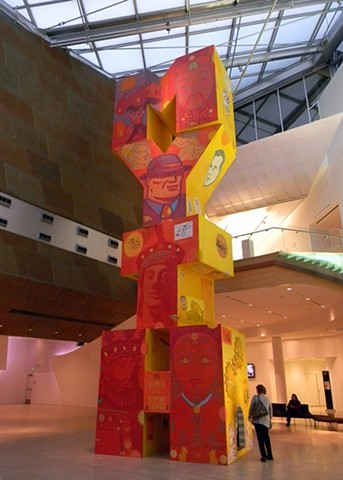 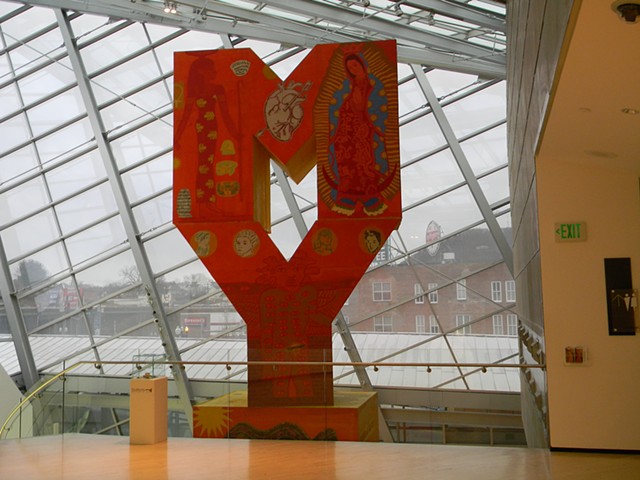 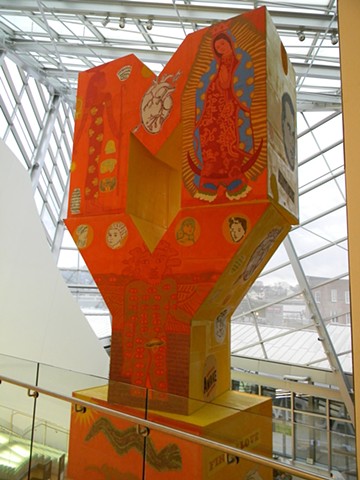 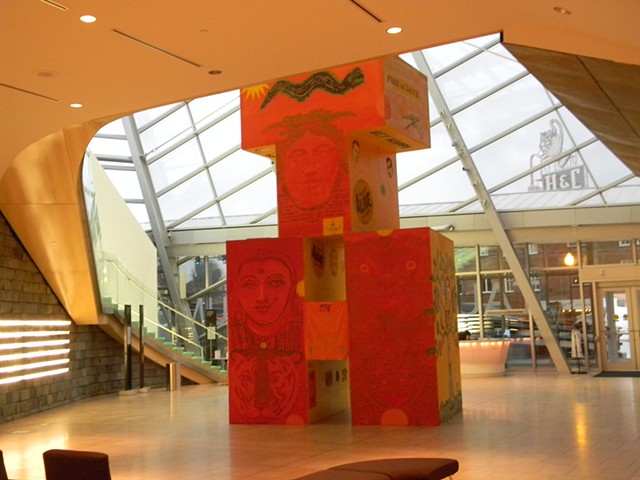 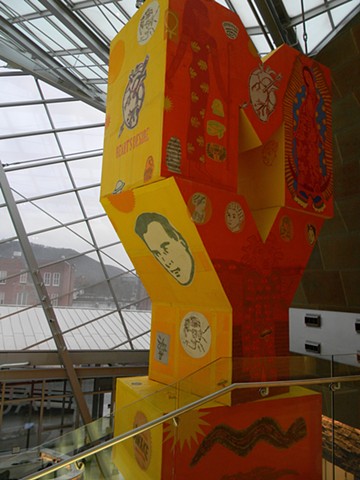 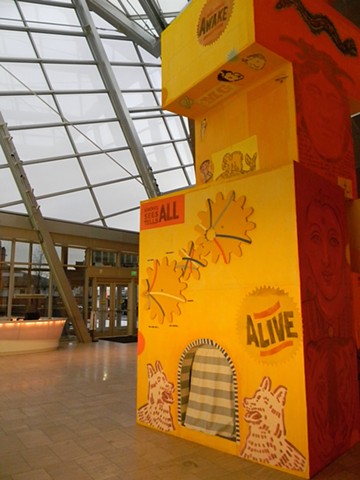 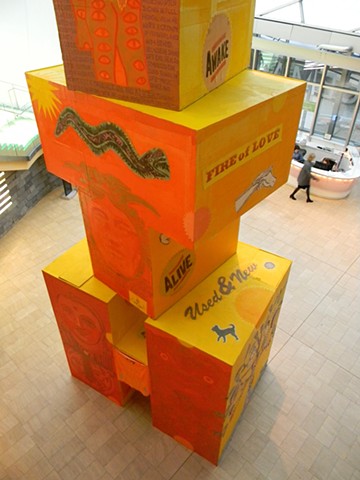 "The process behind making Myth was one that required a great deal of collaboration. Over 30 people worked on the project, including staff, interns, volunteers and friends of the artist. Since construction began May 1, Glover has consistently put in 10-16 hour days in her studio. The idea began seven years ago when she made a sculpture spelling out the word for a theme show at The Market Gallery, a piece that was seen later by then Taubman Museum director David Mickenburg. Afer Glover made a smaller model with a photographic atrium backdrop last year, TMA Exhibition Designer Jim Hudson drew up blueprints needed for the fabrication. Each letter measures 10' x 10' x 10,' and gets progressively lighter as it moves up the stack, with the heaviest at the borrow ("H") weighing over 1500 pounds, and the top "M" checking in at about 4000 pounds." From the Catalog, Taubman Museum of Art, 2013, Roanoke, VA.