This series of small works features toys in scenarios influenced by postwar culture. Cowboy westerns, detective dramas and children's television were broadcast on t.v. or shown at the movies. They became part of our mode of storytelling as children, acted out in puppet shows or play dramas among neighborhood kids. A recent gift of a tin dollhouse from an artist friend has become a stage set for a familiar cast of characters. They are out of scale and, in some instances, telling unique stories. 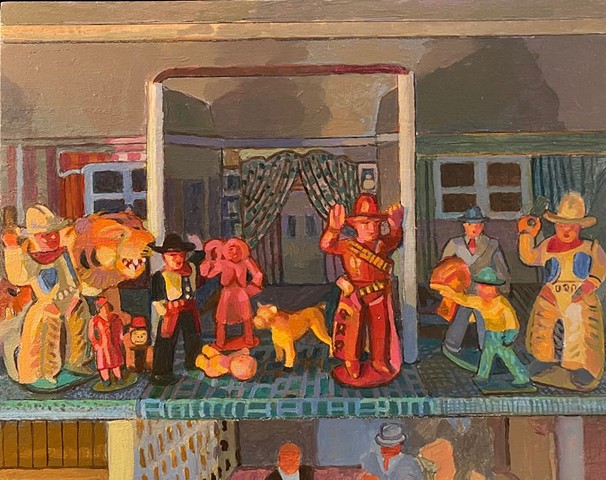